DAYS OF THE HUNTERS
A spinoff from the Hayden Stone Trilogy. 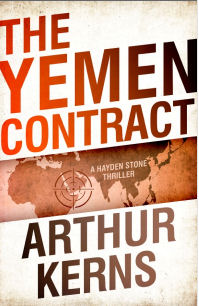 Once again CIA operative Hayden Stone has his work cut out for him. Abdul Wahab seeks to make a power grab in the exotic land of Yemen and establish a terrorist base from which to launch an attack on Europe.

Wahab lures Stone to Yemen by kidnapping his partner CIA officer Sandra Harrington in Sicily. Stone comfortably operates in the mysterious, exotic world of Yemen where tribal leaders vie for power with the central government, al Qaeda exerts its influence through murder and mayhem, and double-dealing among Bedouin and townspeople is a national pastime.

The cat and mouse game goes from the capital Sana’a, to the deserts in the far east of the country, and to the mountain villages in the north. Stone has a personal stake in this mission, but can never keep his eye off of the greater plot developing, the one that puts millions in peril, and that only he can stop. 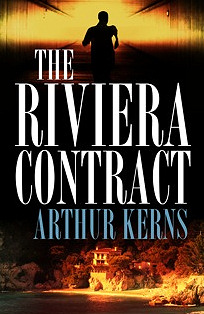 Stone learns that an intelligent and brutal Palestinian terrorist is in Provence to send a strain of the Ebola virus to major cities in the United States. Meanwhile, a seriously ill al Qaeda functionary is in the South of France seeking medical attention. A number of people want this man dead or alive, including the CIA and the French. To complicate matters, a Saudi prince and his son-in-law on a yacht off Villefranche are assisting the al Qaeda figure. Stone certainly has his hands full. 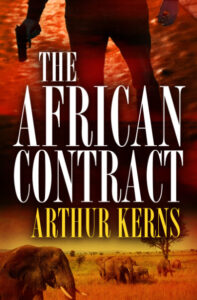 CIA operative Hayden Stone travels to Africa for what he thinks will be an easy assignment. He meets an Israeli Mossad agent who provides disturbing information on a major terrorist plot. What Stone thought would be a short trip turns into a journey from war-torn West Africa to cosmopolitan Cape Town. He unravels a plot by jihadists and South African neo-Fascists intent onto dealing a deadly blow to the United States. Complicating matters, Stone unexpectedly is reunited with a former lover who knew him when he was an FBI agent. She now has plans for his future. The plot unravels at a swift pace until the final scene when the fate of thousands of innocent people is in question.