Arthur Kerns…
Turning a Career of Travel Into a Novel 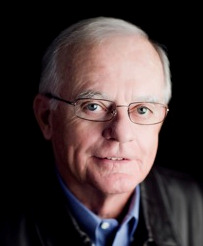 Diversion Books published the debut novel by Arthur Kerns, an espionage thriller called The Riviera Contract, in March 2013. For Art, it the extension of a long career in intelligence.

“I’ve traveled to over 65 countries,” he said. “I saw areas of the world that you would not normally see as a tourist. Some of the countries I went to are off limits to tourists today.”

He knew since high school that he enjoyed writing, but, “I didn’t think I could write fiction, and I didn’t really have anything to say.” So, he went to college, spent three years in the Navy, and retired from the FBI after 24 years before starting to take writing lessons while also consulting with the U.S. Department of State.

Art attributes three things to getting his first novel published: good teachers, good classes and good
critique groups. After moving to Arizona, he began networking with other authors, joined the Sistersin
Crime Desert Sleuths chapter, along with the Society of Southwestern Authors.. He enteredc ontests,
twice winning short story awards from the now-defunct Cave Creek Film and Art Festival. And he
started the grueling search for an agent.

“I kept an Excel spreadsheet on the attempts to find an agent,” Art said. “I must have had 40 to 50
rejections before Liz Kracht of Kimberly Cameron Associates in California picked me up. Liz negotiated
it all.” 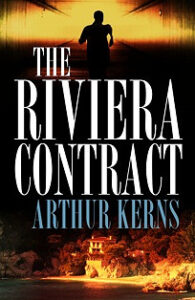 I asked what kinds of mistakes he sees new authors make in their novels. “Don’t give CIA officers the responsibilities and work projects that the FBI would have,” he said. “The CIA can’t arrest anyone. They’re officers, not agents. FBI agents sometimes do drug busts, if they’re connected to organized crime. The DEA usually does drug busts.”

Art says that most authors today try to be as accurate as possible, and TV crime programs have helped. “I think most have both FBI and CIA consultants aboard.” But he cautions that you should confirm everything online. Even he doesn’t rely completely on his memory. He uses the Internet to confirm details.

• Learn the craft: Even if you’re a marketing writer or a journalist, there are things to learn about how to write a novel.
Art has found good classes in community colleges, universities and libraries.
• Share with others: A critique group is a must, especially if it’s well rounded. But, if it starts to feel toxic, get out.

• Network: Attend conferences, join associations, go to book signings at bookstores, get to know other writers. Once
you get published, you’re going to be in charge of promoting yourself, and these contacts will be valuable in every
step of the way.

• Read: Enjoy your genre, but also read genres that overlap. Do you have a romance scene in your thriller? Read
some romance novels in addition to other thrillers.

You can also read his book reviews on http://www.wirobooks.com.